„It’s a poor sort of memory that only works backwards“ 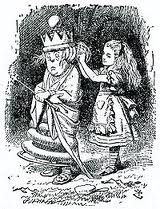 This remark (made by the Queen to Alice in Lewis Caroll’s novel “Through the looking Glass”) struck me while I was facilitating a Management Constellation seminar in Bogota last summer. Isn’t constellation work all about reframing the memory “that only works backwards” to make it work for the present and future?

When we set up a constellation we ask the client to retrieve certain images from his memory and entrust them to a group of actors who perform a short play based on this subtle information. Like a director, the consultant instructs the actors to create new images on the scene that in turn activate other pieces of memory. The aim is to link these images to form a new meaningful story that works better as a script for the client’s present situation.

You might well find this description too profane, and it certainly neglects many important aspects of constellation work, but I would still like to invite you to follow my prosaic reflections.

The psychologist Daniel Kahneman[1] describes the working of the human mind as the interaction of two systems. System 1 operates automatically and quickly, with little or no effort and no sense of voluntary control. System 2 allocates attention to the effortful mental activities that demand it, including complex computations. The operations of System 2 are often associated with the subjective experience of choice, agency and concentrations. The concept of the two systems is quite similar to that of tacit and explicit knowledge but goes a step further in describing the operation of the human mind.

System 1 influences our behaviour in two ways: a) supplying the information, impressions and feelings on which System 2 bases conscious choices, b) bypassing System 2 altogether and originating our spontaneous reactions. Several types of biases, which affect our decisions, flaw the working of System 1.[2]

We can use system constellations as a formidable tool for representing the structures of System 1 so that System 2 can detect the bias and deliberately take (to some degree) control of our decisions and behaviours. By positioning the representatives on the scene we unveil (some of) the images that System 1 has memorised and associated with the issue we want to investigate. By moving the elements on the scene, we can develop alternative images and (hopefully) store the new version in our memory.

System constellations can thus enhance our awareness of the way System 1 determines our behaviour and they can help us reframe and re-link the images stored in our memory.

[2] They are discussed in detail in Kahneman’s book but we cannot describe them in this article. 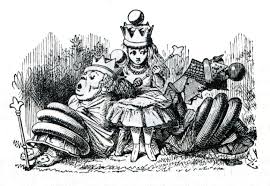 However, the business consultant who wants to use the instrument of a system constellation faces a number of challenging questions.

An organisation is a very complex system. Unlike a family system, whose boundaries are clearly defined, a business organisation involves an enormous number of stakeholders like owners, employees, customers, banks and many more. Whereas in a family system we focus on the relationship between individual persons, in an organization what counts are the interactions between functions and roles, while the individual person can be easily replaced. Therefore it is not so much love, belonging and balance between give and take that determines the dynamics, but such agents as vision, strategy, values, structures, objectives etc.

While the general objective of a family constellation (and a classical organization constellation as well) can be described as supporting the well-being of the client, which can be immediately perceived, it is not so easy to define the goal of a management constellation performed with a business team. We could propose “the success of the organisation” as definition for the intention. However, what precisely would the managers perceive as success and at what point in time would they expect to measure it?

In front of this overwhelming complexity, the consultant has to select the adequate cues for choosing the best possible field for investigation. I am deeply convinced that finding the relevant question is the first and most important key to a successful constellation. That central question activates the search process that retrieves from the client’s memory the pictures that should be rearranged to form a new story as a base for a better strategy and more coherent organisational behaviour.

An organisation offers an almost unlimited field of issues that can be addressed, but its resources are limited and it is crucial to deploy them to solve precisely those issues that have the greatest impact on performance. The consultant has a big responsibility in helping the client to focus his attention on the question that is most relevant in a specific situation and not to distract him with aspects that are dear to himself but irrelevant for the organisation. 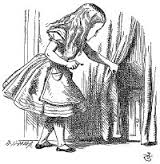 How can we approach this difficult task?

It is quite helpful to start with the meta-question: “What is the next necessary step in the present situation?” This leads to a set of further questions distinguishing different logical levels of investigation.

Among these logical levels[1], we have to identify the one that gives the greatest leverage to our intervention.

For instance, focusing on the optimisation of the production process makes little sense if the needs and preferences of the customers have changed. On the other hand, it might not be effective to focus on redefining the values if the main issue is a lack of clear priorities.

Once we have identified – together with the client – the relevant question, we need to find an adequate management model that permits us to define the elements for the constellation. Decades of management studies have brought about a large number of quite valid models, each of them focusing on specific aspects of business reality and identifying the causal links between them. Many of these models, like Balanced Scorecard, SWOT Analysis, Boston Matrix, Peter Senge’s Systemic Archetypes etc. have proven to be very useful in combination with system constellations. They provide a heuristic grid to retrieve relevant images from the client’s memory and they provide a guideline for interpreting the constellation and directing its development. Furthermore, they are essential for translating the insights gained from the constellation process to decisions and action plans.

[1] This set of 6 questions, that we have identified as the „Epidauros Model“, provide a useful guideline for investigating organisational dynamics. Of course, alternative sets can be developed for specific contexts. 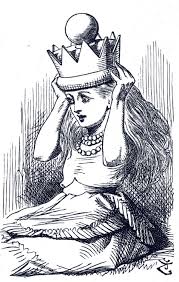 Organization Constellations have been developed adapting the basic concepts and techniques of Family Constellations to issues that clients face in their business life. They are quite effective for empowering a single entrepreneur or manager who faces a difficult situation in his organisation. In addition, Systemic Structural Constellations have contributed a number of extremely useful theoretical and technical tools. When applied to a management team facing complex business decisions, however, this set of instruments is usually not adequate or sufficiently differentiated for two main reasons:
a) The focus of the constellation practitioner is usually too much oriented on finding an event in the past that caused a “systemic disorder”, considered as the origin of the present problems. The emerging solution might seem reasonable, but is not necessarily helpful for the actual business decisions that have to be taken.
b) The theoretical apparatus of organisation constellations, though by itself quite plausible, is not immediately accessible to the mind-sets and theories in which managers operate and decide, making it difficult for them to integrate the insights gained in the constellation in their management routines.

For this reason, we have suggested the term “Management Constellations”[1] to identify the integration of system constellations in consulting processes and organization development. We use system constellations as one of several tools which, adequately combined, help managers to reframe their collective memory in order that it does not “only work backwards” but serves as precious knowledge for future decisions.